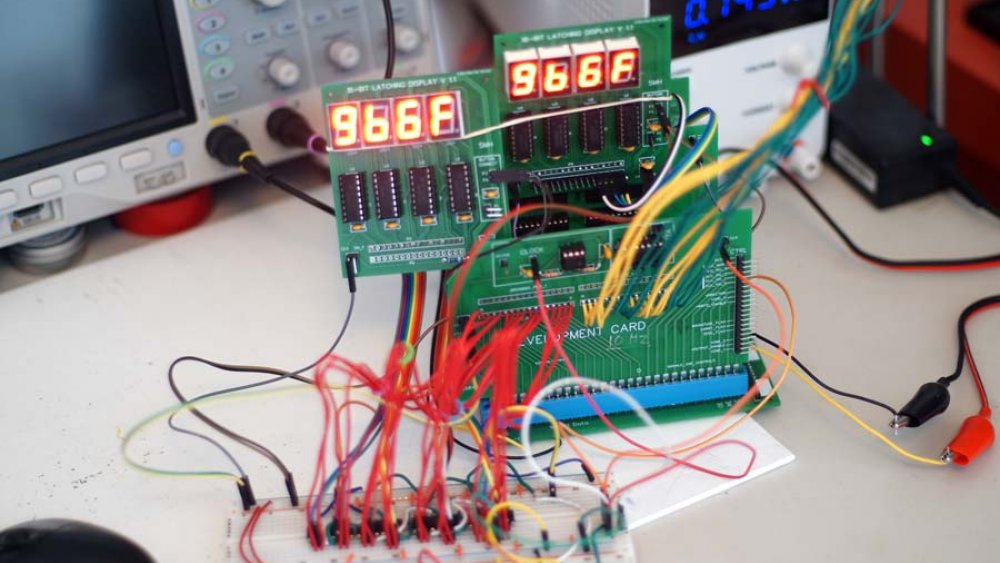 The 16-bit counters are successfully driving registers and displays attached to the backplane. I did some testing with the "autorouted" SRAM card, but I only had the data bus connected. For this test, I was running the 10Hz clock and all controls were via the appropriate connections (i.e. the backplane), except where the breadboard was involved.

This test was to ensure the bus was working correctly, and that timing issues do not appear (at low frequencies, anyway). The next step will be to test writing to memory, then reading the values back. I do not have an input rig setup, so I will probably end up using an arduino for data reading and later checking.